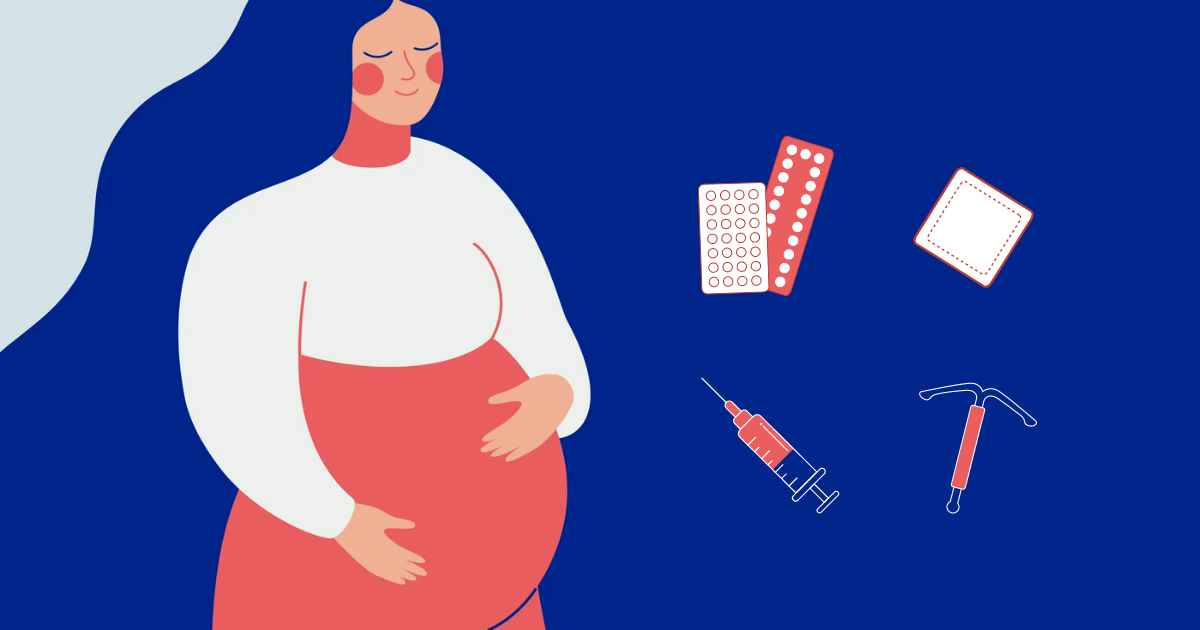 Reversible birth control has no effect on fertility

No, reversible hormonal contraceptives will not cause infertility or affect your future pregnancies, regardless of which method you’re on (i.e. birth control pills, patch, vaginal ring, IUD) or how long you’ve been using it.

Most women gradually regain fertility and are just as likely to conceive as women who have never been on birth control. Only sterilisation is considered a permanent and irreversible birth control method.

Perhaps, you haven’t heard of the wide range of health benefits that come from using birth control. Many women also use it to manage their migraines, relieve menstrual cramps and cope with painful disorders like endometriosis and premenstrual dysphoric disorder (PMDD).

Especially if you’re sexually active but aren’t ready for kids yet, birth control is one of your best options. Used perfectly, most methods are at least 99 percent effective and safe, helping you to prevent unwanted pregnancies!

So why is infertility still a persistent myth?

You may be wondering if this long-standing myth has some truth to it. After all, it’s a pretty common misconception and you’re bound to hear about it. While birth control doesn’t affect fertility, there are a few reasons why some may assume otherwise.

You should resume your menstrual cycle within about three months of stopping reversible hormonal contraceptives, if not earlier. However, depending on the contraceptive used and the individual person, there could be a fertility delay that makes it seem as if birth control has adverse effects on your reproductive health.

According to research, it’s possible to experience a short-term fertility delay of two to six months once you’re off oral contraceptives. This shouldn’t be a huge problem but if you’re concerned, it’s best to speak with your doctor.

A longer delay of menstruation that lasts at least six months after you stop taking oral contraceptives may mean you’re experiencing post-pill amenorrhea. For some, it can take longer than usual for their body to start producing the hormones essential for ovulation and menstruation again, even after stopping the pill. Despite its medical term, this is usually not due to birth control use, but rather an underlying health condition or simply your body’s natural reaction. (Source: Healthline)

Birth control’s primary function is to release synthetic hormones that trick your body into thinking you’re on a menstrual cycle despite overriding your own body’s natural hormonal cycle. Sometimes, this may mask certain health issues that lead to anovulation (lack or absence of ovulation) or irregular ovulation.

If you think you may be suffering from any of the above conditions, or experience a lack of menstruation, heavy bleeding or irregular period cycles, speak with a healthcare professional immediately. The longer you leave an underlying health condition untreated, the longer and harder it might become to conceive.

If you’ve been on birth control since you were a teen and find it hard to conceive now that you’re older, birth control’s not to blame! It’s definitely not because you’re a long-term birth control user.

Fertility changes with age and a woman’s peak reproductive years are usually between the late teens and late 20s. Hence, women tend to face a decrease in fertility by age 30 which becomes more rapid as they grow older. By 45, it’ll be challenging and unlikely for women to naturally become pregnant.

You may not know this but women are actually born with a fixed number of eggs in their ovaries, which is estimated to be around two million. As they grow older, the number of eggs decreases. Upon hitting puberty, it would have already decreased to about 400,000 eggs!

As the remaining eggs in older women are likely to contain abnormal chromosomes, there is also a higher risk of fertility-related disorders like uterine fibroids (non-cancerous growths of the uterus) and endometriosis.

Essentially, female fertility can be affected by age as both the quality and quantity of eggs decline.

When should I forgo reversible birth control if I’m trying to conceive?

It doesn’t matter if you’re a short-term or long-term birth control user. As long as you’re off birth control, your body should naturally start to ovulate again.

If you’re trying to conceive and have already come off birth control for a few months, don’t worry if you’re not pregnant yet. Sometimes, this can take anywhere from a few months up to a year.

But if your menstrual cycle doesn’t resume for an extended period of time after stopping birth control, you may want to consider seeking professional help.

Although it may take longer for some to resume their natural menstrual cycle after stopping reversible hormonal contraception, this is usually a temporary delay. Generally, long-term birth control use will also not affect your ability to conceive at a later stage.

So relax and give your body some time to readjust! If you’re still worried or simply want to find out more about your birth control options, don’t hesitate to connect with one of Siena’s doctors today.